With one active case recorded today (a visitor), Gibraltar prepares to move into Phase 6 of Unlock the Rock this week as 98.7% of those who have been tested to date in Gibraltar have been found not to have COVID19. Mask-wearing on the Rock, Golden Hour Scheme to continue, and more sporting activities are reintroduced… here’s everything you need to know.

Today’s COVID19 statistics continue to show a low prevalence of the virus on the Rock, with only active case in Gibraltar: a visitor who was diagnosed here and found to be asymptomatic. That visitor is currently in self-isolation.

There are no active cases recorded in the cross-frontier workers segment.

A total of 16,231 swab results have been received to date, with 16,025 resulting in negative results and only 180 positives. This means that, from the testing carried out to date, 98.7% of those tested have not been found to have COVID19.

During today’s press conference (13.07.2020), Chief Minister Fabian Picardo revealed that Gibraltar is now the top ranked country in the world for testing per capita million.

Commenting on the swabs carried out to date, Mr. Picaro said: “this makes Gibraltar the first in the world, top of the league, for testing per million of population.”

And with this “aggressive testing regime” and “low numbers of prevalence of the virus”, the Chief Minister confirmed that Gibraltar will proceed into Phase 6 of “Unlock the Rock” on Wednesday, the 15th of July.

The Chief Minister commented that “we’re in good shape to proceed to ‘Rock Unlocked’ on the 1st of August”, but said that the Government has anecdotal evidence of parties being organised for this date and stated ‘Rock Unlocked’ will not be a “free-for-all”, commenting that “we are unlocking to a new normal”.

Looking at the “Unlock the Rock” document, you will notice that Phase 6 does not contain any specifics as to changes that we can expect to see during this period.

Phase 6 is a “review phase”, whereby Public Health Gibraltar will be reviewing what further restrictions can be eased.

Commenting on this, the Chief Minister said that the review will be carried out not only in the context of Gibraltar, but also in the “context of what is happening around us … as we see more people come into Gibraltar … we need to understand what that might mean in the context of people coming in with the virus, and indeed as our own people go out to do an element of holidaying and tourism…”

As from Wednesday the 15th of July, mask-wearing in public will most likely be compulsory throughout the region of Andalucía – although it is advised that anyone travelling into Spain before then should wear one to avoid issues.

The Junta de Andalucía had a meeting today and have announced sanctions for those who do not comply. Jesús Aguirre, Minister of Health and Family in Andalucía, stated that sanctions will include “economic sanctions”, i.e. fines.

The Chief Minister stated that Gibraltar will “continue to follow the science”:

“The advice hasn’t changed … if the advice that the Government were to receive were that we should implement the compulsory use of facemasks in all common area, then we would immediately move to that”.

Nodding to the fact that Public Health advice to date has worked very well for Gibraltar to date, the Chief Minister said:

Fabian Picardo stated that the cordoning off of public areas during specific times of the day for the elderly and those in the vulnerable category under the internationally praised ‘Golden Hour Scheme’, will continue.

“For as long as there are people out there who are vulnerable to COVID19, and who require it, this will continue to be provided for them.”

Much of today’s conference focussed on team sports moving forward.

During Phase 5, authorization was given for training exercises to be expanded to include “attack vs defence” drills, with contact kept to a minimum and under supervision.

As of Wednesday, public squash bookings at Bayside Sports Complex and competitive squash at the Squash Club at the Europa Sports Club will resume.

As with every sporting activity that was resumed in Phase 5, this will be under the condition that each persons contact details will be kept for a period of up to 10 days for contact tracing as well as other health and safety measures.

Pitches 3 and 4 will also be open at the Bayside Sports Complex for 5-a-side football.

The GSLA’s “Stay and Play” sports programme for children with disabilities has resumed as from today. The Chief Minister commented, “whilst it was deemed unfeasible to return to the summer sports programme, it was felt that the stay and play programme could not be a victim of the pandemic.”

Browse and manage your votes from your Member Profile Page 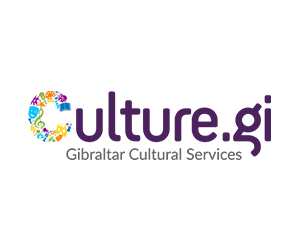 A media company based in Gibraltar, Reach-Alcance is a new bilingual, bimonthly, cross-frontier publication that covers news, history, culture, events, art and travel around Gibraltar and the Campo de Gibraltar. Where can I pick up a copy of your print edition?

Back to Top
Close Got a story?