Monsignor Mark Miles, (Gibraltar 1967) who is a Priest of the Diocese of Gibraltar and currently serving at the Vatican Secretariat of State as a nunciature counsellor has been appointed by Pope Francis, as Permanent Observer of the Holy See to the Organization of American States.

The aim of this Organization is to build an order of peace and justice on the American continent, promote solidarity, development and cooperation among the States of the region, support democracy and protect human rights.

A statement from on the Diocesan website reads that on hearing of the good news, the Bishop of Gibraltar Monsignor Carmel Zammit said: “We congratulate Monsignor Mark Miles on such a prestigious appointment. All the priests and faithful of the Diocese join me in praying for Monsignor Mark Miles, commending him and his new ministry to the intercession of Our Lady of Europe”. Thanking the Bishop, Mgr. Miles replied:

“It’s an honour to have been asked to represent the Holy See as Permanent Observer to the Organization of American States and I thank the Holy Father for the trust placed in me. I look forward to taking on this challenge at the service of the Church in the family of nations in the Americas and I ask the prayers of all in my home diocese of Gibraltar”.

Monsignor Mark Miles comes from a very long established Gibraltarian family. He was ordained a priest in 1996 attended the Pontifical Ecclesiastical Academy in Rome which trains priests to serve in the Vatican’s Diplomatic Corps. Since 2003 he has served in the Secretariat of State of the Holy See in Ecuador and Hungary . He came to international fame as English language interpreter of Pope Francis who first introduced him to the faithful in 2015 at a mass gathering in Tacloban City in the Philippines.

The Argentinean pope admits to having difficulty in expressing himself in English and has had Mgr. Miles, who is of course bi-lingual in English and Spanish (and also speaks Italian and French), by his side whenever English interpretation was needed. Linguists have remarked on the priest’s ability not just to translate the pope’s words but also his mannerisms and inflections. Such has been his impact that there are Mgr. Miles fan clubs in the Philippines and elsewhere.

He regularly visits his family in Gibraltar where he is fondly remembered generally and particularly at the Sandpits Lawn Tennis Club where the your Mark was known as “el Chuni” (the cute one).

The OAS was founded in 1948. Since 1978 when the first Permanent Observer of the Holy See to the OAS was named the post has been held respectively by the nuncio to the USA and more recently the Permanent Observer to the United Nations. Mgr Mark Miles’ appointment could therefore be read as an upgrading in Rome’s diplomatic approach to the Americas which is home to half a billion Catholics. 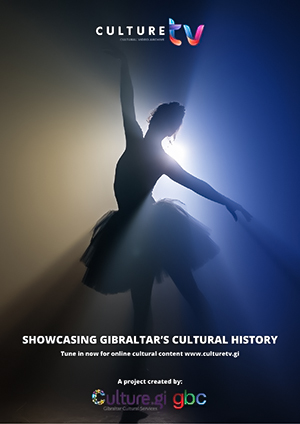 Back to Top
Close
We use cookies on our website to give you the most relevant experience by remembering your preferences and repeat visits. By clicking “Accept”, you consent to the use of cookies.
Cookie settingsACCEPT
Manage consent

This website uses cookies to improve your experience while you navigate through the website. Out of these, the cookies that are categorized as necessary are stored on your browser as they are essential for the working of basic functionalities of the website. We also use third-party cookies that help us analyze and understand how you use this website. These cookies will be stored in your browser only with your consent. You also have the option to opt-out of these cookies. But opting out of some of these cookies may affect your browsing experience.
Necessary Always Enabled

Performance cookies are used to understand and analyze the key performance indexes of the website which helps in delivering a better user experience for the visitors.

Analytical cookies are used to understand how visitors interact with the website. These cookies help provide information on metrics the number of visitors, bounce rate, traffic source, etc.

Advertisement cookies are used to provide visitors with relevant ads and marketing campaigns. These cookies track visitors across websites and collect information to provide customized ads.

Other uncategorized cookies are those that are being analyzed and have not been classified into a category as yet.